When I received the WWF-Philippines invitation to Catch a Fallen Star, I replied “yes to all” in 0 second. More than the diving, I wanted to be part of the cause. Really. And I feel lucky to get one of the 15 much coveted slot.

The crown of thorns starfish (COTS) is the cancer of coral reefs. It eats corals and attracts more of its kind to the area. When distressed, it spawns. Its main role in the ecosystem is to maintain reef biodiversity by eating the faster growing corals to allow the growth of the slower ones. But the recent out of control infestation of it in the reefs is caused by the decline of its natural predators – the triton shells, harlequin shrimps, and bumphead wrasses – which in turn is caused by irresponsible human activities such as dynamite fishing and over collection of triton shells. The COTS also have sharp and venomous thorns all over it, so harvesting has to be done carefully for more than one reason.

The volunteers were gathered in Makati Avenue at 5:30am. There were other volunteers too, to clean up the beach and surroundings. Soon we were hauled into buses and vans and by 9:00am, we awoke to the breathtaking and one of the most exclusive Hamilo Coast. Food and refreshments were abundant courtesy of Pepsi Sarap Magbago campaign.

We had a great relaxing 72 minutes dive, collected over 30 cots, and met new friends – divers and non-divers – who want to take part and be part of a better world. 6 things to do in El Nido 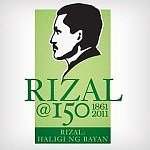