Things to do in Panama City Thanks to its history as a transit route and great variety of ethnic groups, Panama is considered “bridge of the world, heart of the universe”, at least that’s how the saying goes. History tells us that Panama has been a bone of contention between major countries like Spain, Colombia and the United States due to its strategic position.

Today, after almost a century of American occupation on the important Canal Zone, Panama attained full independence of their territory in 1999. Nowadays, the country has one of the best quality of life in Central America, and a visit to the capital is proof of that. With its tall skyscrapers and growing economy, Panama City is known as “little Miami”. But not everything is only luxury condominiums. With an organized visit to the city, you can do activities related to nightlife, visit to historic sites, outdoor trips, shopping and more, all within the same area.

Costs  Accommodation: Compared to other cities in Central America, Panama is more cosmopolitan so you’ll find prices slightly higher. Expect to wait $13 as a minimum for a dorm room in a hostel (I personally recommend hostels like Mamallena Backpackers and Panamericana).

Food: All over the city there are a variety of price ranges between cheap and expensive. Per day you can survive with $10 or less if you manage to eat on eateries and food stalls. If you want a little more variety and quality on the dishes, the least you could pay would be $6 or more. If you’re traveling on a shoestring budget, the logical move to save money will be coking your own meals.

Transportation: the chaotic bus transportation system cost $0.25, having as a reference point the Albrook Bus Terminal. Unless you know the routes, it’s better to take taxis but first ask in advance how much is the rate to the place you want to arrive. If your plan to leave the city by plane to other destinations inside the country, Air Panama is the only company responsible for handling local flights.

Things to do in Panama City The ruins of Panama Viejo: 10-minute distance driving from the city center are the ruins of what was the first city of Panama, founded in 1519 and destroyed in 1671 by the pirate Henry Morgan.

Visit the zone of Casco Viejo: Also called Casco Antiguo, this place is on the district of San Felipe and it has an enormous historical appeal. Each year, there are several music, fashion, art and culture festivals around the main plaza all year round, a reason why Casco Viejo is a must.

Go to the Amador Causeway: Contemplate the bay, boats and the big ships transiting through the Panama Canal, whether it is going by car, on foot or biking. {This causeway is unique because it is made of 4 islands linked together by a causeway made from the rocks excavated during the excavation of the Panama Canal!-wanderlass}

Metropolitan Natural Park: Known with the alias “the lung of Panama City”, this is without a doubt the most accessible place to learn more about the local flora and fauna without going too far.

Panama Canal: The greatest engineering masterpiece of the 20th century is the biggest pride of the nation. Near the Miraflores Locks you’ll find the visitor center, which serves as a museum, operations center and also is a ship traffic observation point. The entrance to the visitor center cost $8. Taboga: Even without the lure of the Bocas del Toro islands or San Blas, Taboga still has that charm that attracts both foreigners and locals. The trip to the island takes about 45 minutes on ferry.  

Quick note to everyone that I’m not dead. Just that, The following article is by Osvaldo Alberto, the blogger behind the popular Spanish blog Viajes y Cosas así. He’s native of Panama City who unfortunately wasn’t home when I was visiting. But he so graciously agreed to write about his city.

Si tú comprendes Español, please check out Viajes y Cosas así. Follow him on facebook /viajesycosasasi and twitter @hildergarn. Ask him all the questions you have on Latin America travels… for as you see, he speaks English quite well too. 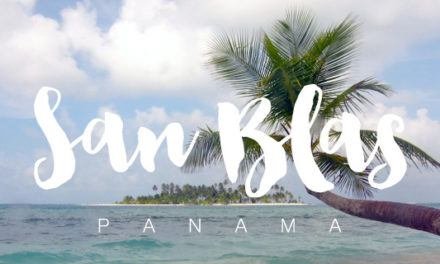 Leave a Reply to Andi of My Beautiful Adventures Cancel reply