After spending a little too much time in resplendent Tel-Aviv, it’s time to move on. So if we recall my post on visa application for Israel, Jordan, Egypt, the countries in the middle east that I wish to go to, I should be heading to Jordan or Egypt. But I’ve never heard back  the Egyptian embassy and Jordan Embassy actually denied my visa!

After having to pay the embassy 4,350 pesos (USD100) to forward my email application to Jordan, I was pissed big time and didn’t passed up the opportunity to let them know. They told me that I should contact a tour operator in Jordan who would apply visa from their Ministry of Interior on my behalf. I strongly feel that they should give me back my money since they said visa has to be applied in Jordan, that info isn’t worth 100$, is it?

Like many people these days, sometimes I tweet my mind. So the day I got news of my denied visa I tweeted: “Jordan denied my visa! @#$%^&*.  Many people were sympathetic and my message got retweeted a few times that somehow it caught the attention of @visitjordan.  They were quite surprised that my visa was denied because with the recent bad press in the middle east, Egypt and then Syria, Jordan were campaigning very, very hard to get people to visit. They even have a program where they invite travel bloggers to do press trip. Unfortunately I was not part of the roaster. But anyway, they promised that they will get me a visa and so they started writing letters. And one day before I left for my big trip, they sent me my visa. It’s a bit strange as it’s not stamped in my passport but just a piece of paper printed from my email.

Eilat is a city in the coast, south most part of Israel, with big hotels and big shopping mall. I stayed there for a day and a night doing just that, hanging in the beach and the shopping mall. The sun was so fierce that I couldn’t stand walking for 5 minutes without going under the shade. Many people complain that Philippines is too hot and humid. I prefer hot and humid than just plain hot. It was like having a hair dryer to your skin!

I knew I was going to Jordan but had no idea how or where from when I came to Israel. But in the end, I think I found the best way to do it (with the input of friends). Basically there are 2 ways to get there, from Amman in the north or Aqaba in the south, which shares a border with Eilat in Israel. Then from Aqaba work my way north to Amman and fly out from there. It’s a good itinerary.

Crossing to Jordan is painless. It was 15 minutes by taxi to the border from Eilat center, then about 10 minutes and paying border fee of 105 nis ($30), you walk over to Jordan and the immigration guys gives your  stamp in your passport and then you’re done!  Now the problem is getting from this border to the center of Aqaba.

Philippine Passport holder requires visa to enter the Kingdom of Jordan. For detailed information on how to apply for Jordanian Visa in the Philippines. Please follow the link. 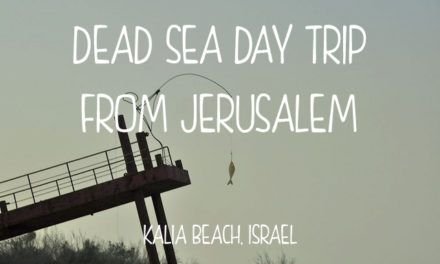 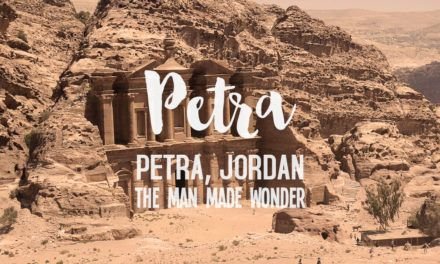 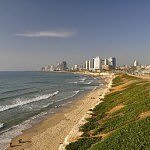 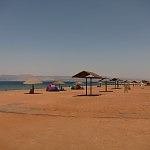